The kids had the day off of school before Thanksgiving. They wanted to go to a movie so I dropped them off at the theater and ran errands. After I picked them up they wanted to do something other than go home and clean for the following day. Shawnee Lookout was close so we went there.

We hiked out to the lookout, two of the boys with me were indoor enthusiasts so the initial climb up the hill to the area didn’t thrill them. Once we hit the relatively even trail in the village they had a better time. We walked out to the lookout and found that a tree had been felled. Nate decided to count the rings. 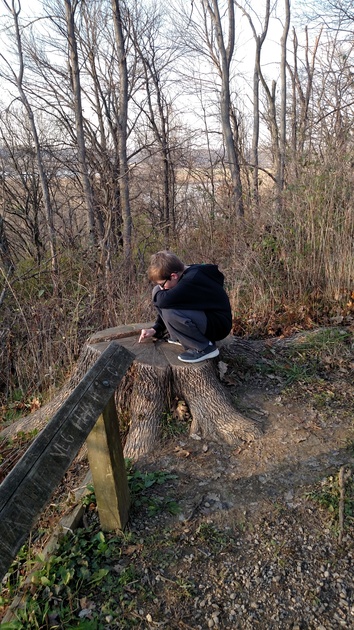